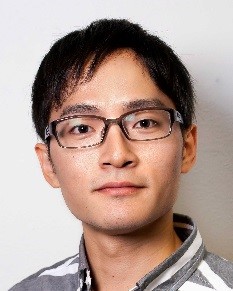 Ryuta is from Japan and completed a Masters in Environmental Engineering at Kyoto University. His Masters Thesis studied Fouling of Ultra Filtration Membranes.  Towards the end of his two-year Masters he came across a paper of his now supervisor UWA Professor Mike Johns “Early non-destructive biofouling detection in spiral wound RO membranes using a mobile earth׳ s field NMR.” Seeing the potential of this research led Ryuta to investigate studying a PhD at UWA and hence applying for the Forrest scholarship. In Ryuta’s scholarship application he demonstrated the world-class research he will be undertaking under the supervision of Professor Mike Johns at UWA.

Membranes are used in desalination of water (for drinking) and also for waste water treatment. Fouling of these membranes is a significant issue for the water industry and leads to, frequent chemical cleaning and more frequent replacement of membranes.  Currently, early detection of fouling of these membranes is difficult with destructive testing being the main method for diagnosis.  The application of Earth’s Field NMR promises to provide early detection of fouling in a non-destructive manor that could potentially save the industry millions of dollars in reduced chemical use and by increasing membrane lifetimes.

After completing his PhD Ryuta would like to progress a career in research. This follows in his parent’s footstep who have both had research careers in medicine.  For now, Ryuta is enjoying his time at UWA within the FSR group and is looking to spending the next few years in Perth and Western Australia.

The Forrest Research Foundation was established in 2014 following the donation of $65 million over 10 years by Andrew and Nicola Forrest through the Minderoo Foundation. The donation is used to drive world-class research and innovation in Western Australia by awarding Forrest Scholarships to outstanding intellects and upcoming research leaders conducting a PhD in Western Australia.