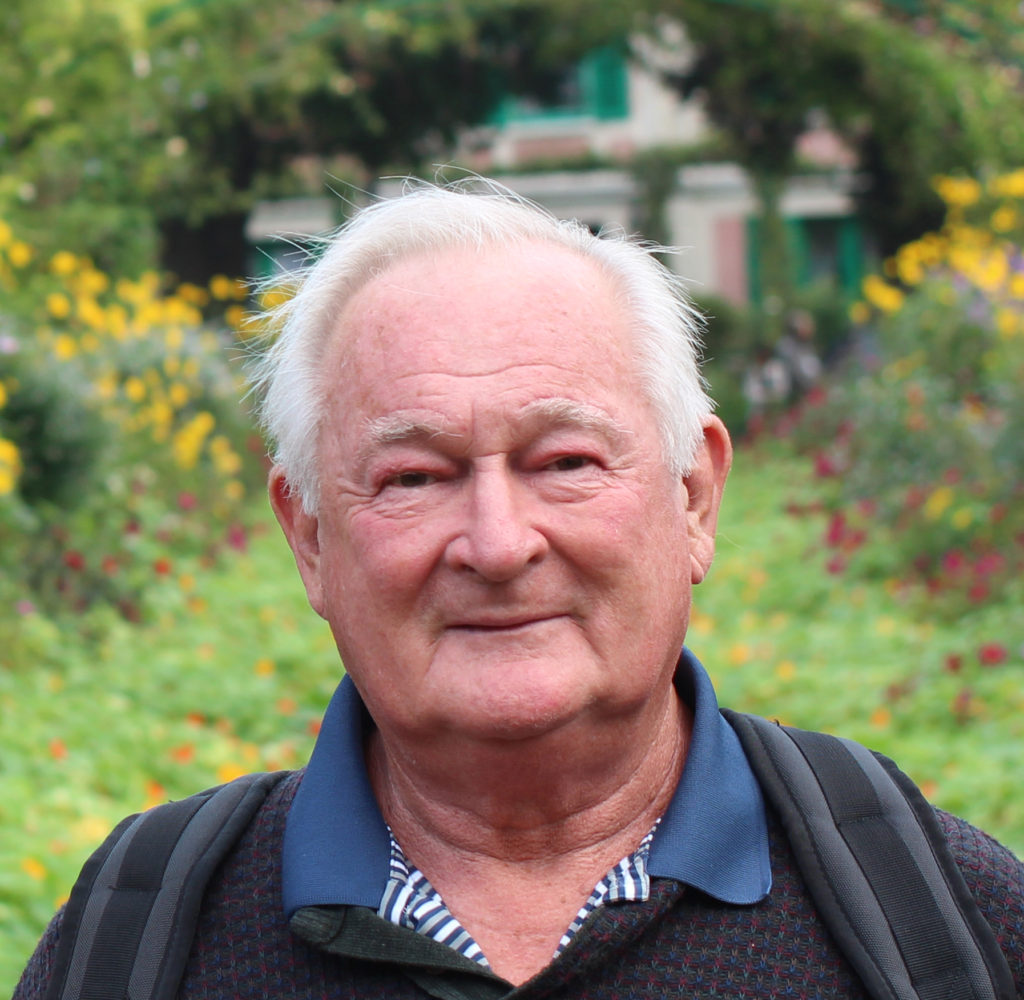 Kenneth Neil Marsh was born in Melbourne, Australia on 27th December 1939 and died in San Diego California on 27th July 2016. He was 76. Renowned for his extensive and diverse contributions to the fields of chemical thermodynamics and thermophysical property measurement and prediction, Ken was respected both as a leader and as an innovator for much of his long scientific career. He is survived by his wife of 53 years, Barbara, his children David, Andrew, and Cathryn, and his grandson Dylan.

Ken Marsh completed his Bachelor of Science with Honours in Chemistry at the University of Melbourne in 1960. He then pursued a M.Sc. followed by a Ph.D. in Physical Chemistry under the supervision of Robin Stokes at the University of New England (UNE) in Armidale NSW, Australia. His doctoral thesis research, completed in 1967, involved the development of new methods to measure conductance in aqueous electrolytes, as well as vapor-liquid equilibria, density, viscosity, and diffusion coefficients of organic mixtures. The development of new experimental methods became a cornerstone of his research career; on at least two occasions in 1968 and 1970, external criticism of data he measured via one technique was countered by validating his results with measurements made using an entirely different and inventive method. A dispute of a different kind, over access to a thermostat being used by his wife-to-be, Barbara, also proved to have a significant and long-lasting influence! 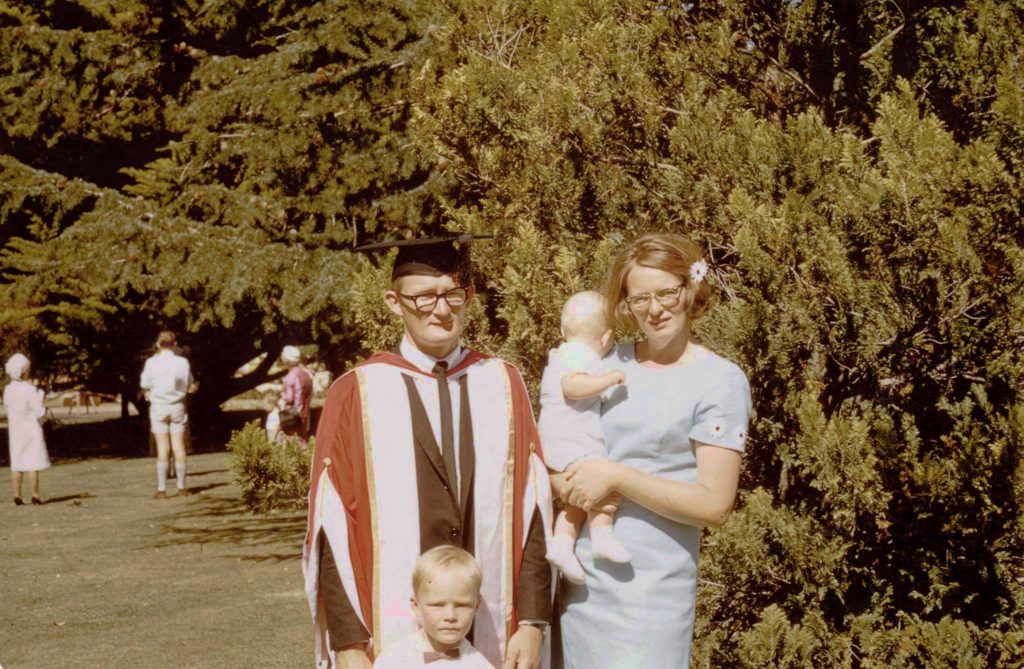 While pursuing his Ph.D., Ken was appointed as a Lecturer in Chemistry at UNE. In 1969, he was awarded a Nuffield Dominion Traveling Fellowship (one of only three in Australia) to undertake advanced study in the United Kingdom with Max McGlashan at the University of Exeter and John Rowlinson at Imperial College, London. In 1970 he was promoted to Senior Lecturer at UNE, and in 1972 Ken was named the Rennie Memorial Medallist by the Royal Australian Chemical Institute. This award recognizes the most significant contribution to research by an Australian chemist under 32. A year later he was promoted to Associate Professor and served as acting head of department from 1975-76. He spent his sabbatical in 1976 with Stig Sunner in Lund, Sweden, undertaking combustion calorimetry and enthalpy of vaporisation measurements. In 1980, he took up a visiting academic position in Chemical Engineering at the University of Canterbury in New Zealand. 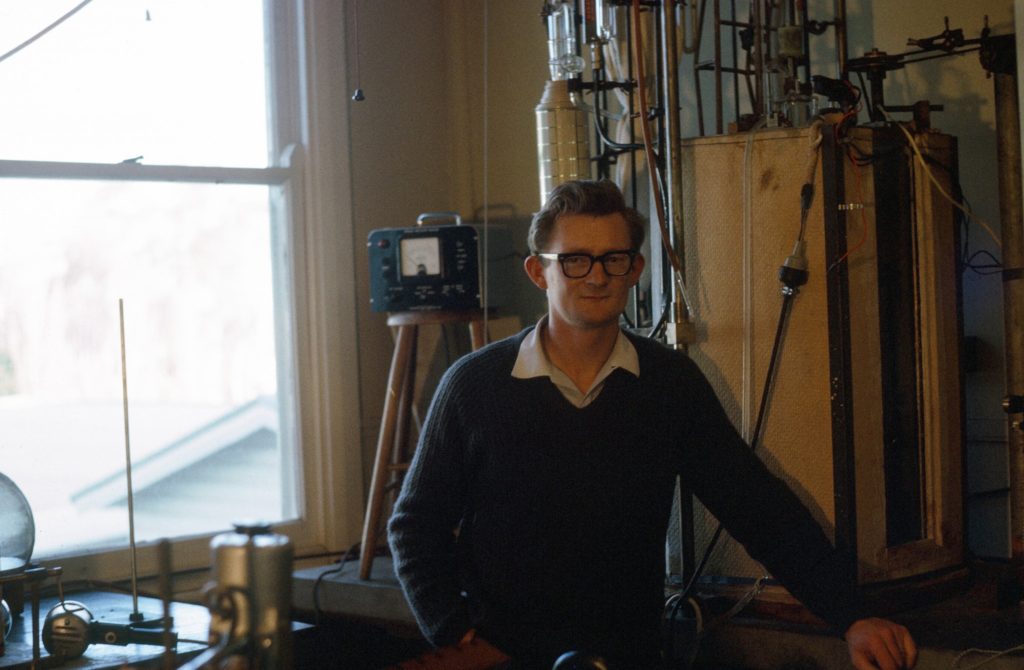 Ken and his family left Australia for the United States in 1983 following his appointment as Associate Director of the Thermodynamics Research Centre (TRC) at Texas A&M University. He became TRC Director two years later, and held Adjunct Professor positions in Chemistry and Chemical Engineering concurrently. At Texas A&M he focused on computerizing the processes of data collection, storage, evaluation and printing of the TRC Thermodynamic Tables. Working with Randolph Wilhoit, Ken designed and implemented the TRC Source Database for the storage of thermodynamic properties of pure fluids and mixtures. In addition Ken developed COSTAT, the forerunner of the data storage and IUPAC exchange standard ThermoML. On the experimental side working with James Holste, Kenneth Hall and Toby Eubank, he developed various state-of-the-art techniques to measure PVT and VLE properties of fluids and fluid mixtures. These included an evanescent microwave cavity to measure phase transitions in corrosive fluids, an infrared spectroscopic method for measuring vapor phase concentrations of H2S and CO2 in natural gas, and a compact total enthalpy flow calorimeter which operated over a wide temperature and pressure range.

Ken became even more widely known through his role as Editor-in-Chief of the Journal of Chemical & Engineering Data, a position he held from 1991-2010. During this tenure, he was strongly supported by Barbara, who served as Office Manager and brought a distinctive degree of mobility to the Journal Office, enabling them to maintain efficiency and productivity no matter where Ken’s research took them. As Editor-in-Chief, Ken strove to advance and raise standards across the community as he became increasingly concerned about data obtained via ‘experiments-by-numbers’ (meaning that authors were becoming ever less critical about uncertainty and sample purity). Ken also held many active roles in international bodies including Chairman of the IUPAC Commission on Physicochemical Measurements and Standards, Chairman of the CODATA Task Group on a World Data Depository, and as a member of the IUPAC Commission on Thermodynamics and its various Subcommittees. He was pivotal in introducing requirements for reporting experimental uncertainties in a standardized form.

‘Retiring’ from Texas A&M and the TRC in 1997, Ken moved to the University of Canterbury in New Zealand. This period of Ken’s career proved to be remarkably productive as he expanded into new areas of gas hydrates and ionic liquids, with his usual pioneering zest. During this time he authored his four most highly cited publications, two of which were published in 2004: one a review of room temperature ionic liquids and their mixtures (450 citations) and the other, written in collaboration with Cor Peters, Carolyn Koh, and Dendy Sloan, demonstrating H2 storage in binary clathrate hydrates (318 citations). He formally retired from the University of Canterbury in 2006, although he retained an Adjunct position there, to establish a home base in Sun Lakes, Arizona. His third ‘retirement’ came in 2010 with his departure from the Journal of Chemical & Engineering Data as Editor-in-Chief.

Ken nevertheless continued to be research-active, taking up a position of Adjunct Professor at the University of Western Australia (UWA) in 2009, having previously been a Gledden Visiting Fellow there for three months in 2003 and 2008. From then until May 2016, Ken sustained biennial two-week visits to UWA, helping to re-establish equipment donated from his previous laboratories, construct and debug new apparatus and experiments, advise new Ph.D. students, mentor former students and junior academics, and write up papers from experiments conducted decades prior. He also enjoyed regular contact with Glenn Hefter from Murdoch University, particularly at “cheap and cheerful” restaurants around Fremantle (as he described them)! On several occasions, his visits to UWA were scheduled to overlap with those of his close friend and long-time colleague Anthony Goodwin. Together, the two of them brought tremendous energy, expertise and productivity to the laboratory; their maverick good humour always ensured that Friday night drinks were both entertaining and educational.

Ken’s scientific legacy is immense and any attempt to summarize must inevitably be inadequate. As of July 2016, he had published 12 books, 20 book chapters, and 224 journal articles, with the latter number likely to grow through the multiple manuscripts he was working on at the time of his passing. Ken’s contributions have been honoured widely and consistently throughout his career by both the scientific community and industry. His awards, in addition to those mentioned above, included an Honorary Medal by the Institute of Physical Chemistry of the Polish Academy of Science in 1996 and the Donald Katz Award from the Gas Processors Association in 2007. Ken was particularly pleased to have been awarded the 2016 Rossini Lecture, which he described as the highest honor in chemical thermodynamics. Ken had in fact already prepared the lecture scheduled to be given in August 2016 at the 24th IUPAC Conference on Chemical Thermodynamics in Guilin, China. His notes indicated he planned to dedicate the lecture to both the late Tony Goodwin and the late Michael Ewing of University College London; Michael was Ken’s first PhD student, Goodwin’s PhD supervisor, and a dear friend of the Marsh family.

Ken was evidently a central figure in the evolution of thermodynamics as it entered the computer age, exhibiting leadership by example and impressive foresight. He was much loved by a wide community, not just for his scientific achievements but also for his friendliness and general approach to life, as well as the education and wise guidance he gave to countless students, researchers and colleagues. Personally, we are profoundly grateful to him for the vital role he played in both of our lives: as a PhD supervisor (TJH) or examiner (EFM), and then through collaboration and the opportunities he provided us, as he did for so many others. Ken was a giant both in terms of scientific stature and the positive impact he had on people from all over the world. He will be missed deeply and remembered fondly.

Preface to the JCED Memorial Issue in Honor of Kenneth N. Marsh
Obituary written by Eric May and Thomas Hughes