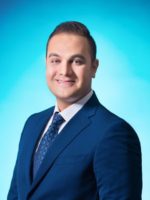 Arman joined UWA in 2016 as a PhD student, prior to which he worked for 2.5 years as a process control engineer at Origin Energy in Queensland. Arman’s PhD research focused on thermophysical properties of hydrocarbon systems at cryogenic conditions, where his work has direct impact on the LNG industry to avoid LNG plant blockages and shutdowns due to freeze-out of heavy hydrocarbons. The measurement technique he developed during his PhD studies led to a collaboration with NASA and JPL (Jet Propulsion Laboratory) due to its relevance to their studies on thermodynamic dissolution geology of Saturn’s moon Titan.  In addition to his PhD degree from UWA, Arman holds MEng from the University of New South Wales in Reactor Engineering, Design and Catalysis, and has received several major awards including ExxonMobil Student Scientist of the Year 2018, Australia’s National Measurement Institute Prize, IChemE-Engineers Australia Postgraduate Excellence Award, and been finalist in WA Innovator of the Year 2018 (Oil and Gas Category).