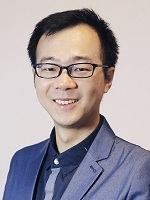 Dr. Xiaoxian Yang obtained his doctorate degree in the Department of Energy and Engineering in Tsinghua University (Beijing, China) in April 2016. During his PhD candidature, he focused on highly accurate density measurements of supercritical fluids using a single-sinker densimeter. He then joined the Faculty of Mechanical Engineering in Ruhr University Bochum (Germany) as a post-doc fellow, focusing on density measurements and gas adsorption in the vicinity of the dew point on both porous and nonporous media. He joined the group of Fluid Science and Resources in University of Western Australia in September 2018. His research interests include the highly accurate measurements of density, thermal conductivity and viscosity, gas separation, and surface phenomena of both porous and nonporous medial.